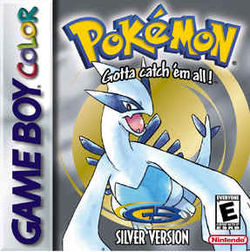 SYDNEY, May 26 (Reuters) – Australia’s Olympic softball squad will be among the first athletes to arrive from overseas for the Tokyo Games when they fly off for a training camp in Japan next Monday to get some desperately needed game practice.

The 23-woman squad will land in Tokyo on June 1 for a six-week camp in Ota, some 80 kilometres northwest of the capital, before the final 15-strong roster for the Games is selected.

Softball is returning to the Games for the first time since 2008 and the Australians will play 23 games against local professional teams to get a taste of the kind of pitching they will face in the Olympic competition.

“We haven’t played a game since February 2020. You can train all you like in softball but nothing can replicate the game experience.”

Uncertainty still surrounds the Tokyo Games with opinion polls indicating a majority of the population of Japan are against them going ahead as scheduled and a leading newspaper on Wednesday calling for cancellation.

Along with a strict regime of COVID-19 testing before and after their arrival in Japan, the squad will be restricted to a single floor of a hotel at their training camp and leave only for trips to and from the ballpark.

“They’re all determined, they know what’s involved. I don’t think they’ve had too many qualms,” Pryles said of the players.

“We’re planning to go there and win a medal,” said Pryles.

“It’s an experienced squad. You can never be over-confident but I’m confident in the high performance team we put in place in 2018. They’ve ticked every box since.”

Australia are scheduled to play their first game against hosts and defending champions Japan at Fukushima Azuma Stadium on July 21, two days before the opening ceremony.